The Hana and Edvard Beneš villa 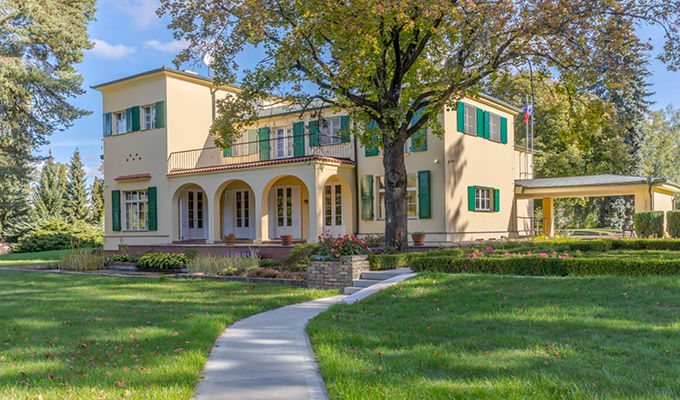 Dear visitors,
guided tours of the villa in the 2022 season has already ended.

A tour of the villa and the adjacent area is only possible with a guide as part of a guided tour. Guided tours for the public are provided only in the Czech language.

Meet the story of Benes Villa in Sezimovo Ústí and the life story of Hana and Edvard Beneš. Find out the fate of the villa after 1948 when Edvard Beneš died and the death of his wife Hana in 1974. Are you interested in what has changed since 1989 and how is it possible for you to visit the Czech Prime Minister today? Through her guided tour of the Benes Villa itself and herself, you will understand her role in Benes' husband's life and the symbolic value she brings from her position to the present.

Guided tours for the public are provided only in the Czech language.

The maximum number of visitors per group is 15 people (orders via the booking system no later than 30 minutes before the tour).

The Hana and Edvard Beneš villa was built from 1930 to 1931 according to a design by architect Petr Kropáček. The construction work was carried out by the Tábor-based construction company of Antonín Soumar. The preparation of the design and construction occurred with the direct involvement of Mr. and Mrs. Beneš. In his concept, the house was supposed to recall a country building in southern France, and he wished for not just smooth walls and low roofs, but also light rooms. In 1937, the Benešes decided to finish building the villa.

According to a design by architect Otokar Fierlinger, a new wing with a salla terrena was added to the northwest façade, and a terrace in front of the southwest façade shaded a small arched loggia. Living and utility areas were distributed in two segmented wings in the two-story home. The social and living rooms were placed on the southwest side, in the wing situated toward the Lužnice. The spacious light rooms had smooth walls, and only the living hall and studies had alcoves with shelves. The ceiling of the living hall was decorated by wooden beams and the ceiling of Beneš' study had all-wood panelling. A discreet, practical stairway leading from the vestibule was decorated on each floor by a wooden column. The villa, painted with a sand yellow plaster and green painted shutters naturally contrasted with the grassy space and with the leafy and coniferous woods.

In November 1973, Hana Benešová wrote her will, in which she bequeathed part of the furniture and the villa with its adjacent properties to the Museum of the Hussite Revolutionary Movement in Tábor. After her death, these properties were taken over in 1975 by the District People's Committee in Tábor. At the end of 1975, the furniture from the villa was taken to a depository and the building was contractually transferred to the property of the Office of the Government of the Czechoslovak Socialist Republic.

The villa is located in a rugged terrain with a staircase.

It is located in the neighboring Edvard Beneš Memorial. 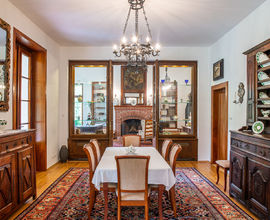 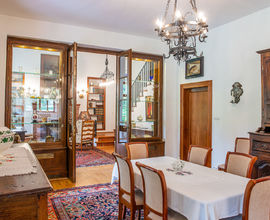 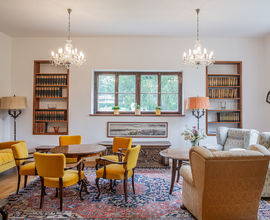 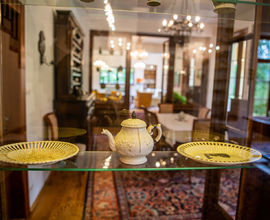 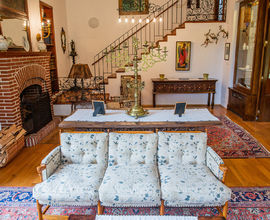 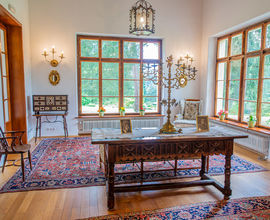 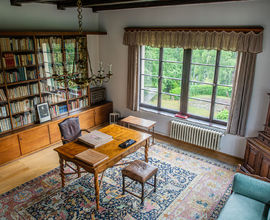 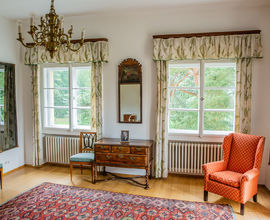 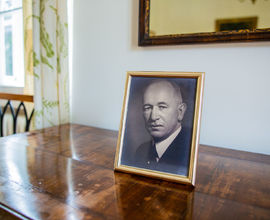 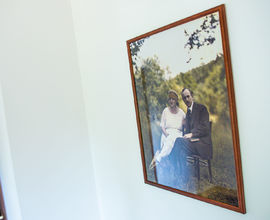 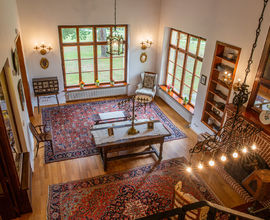 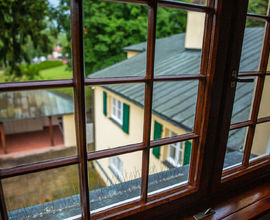