A lost composition of Mozart and Salieri has been found

A discovery of world importance in the collection of the National Museum – Czech Museum of Music!

A rare print, until now considered lost, has been discovered in the collection of the Department of Music History in the National Museum‘s Czech Museum of Music. It is a libretto by the court poet in Vienna, Lorenzo Da Ponte, with a score, entitled Per la Ricuperata Salute di Offelia. The libretto was set to music in autumn 1785 by Antonio Salieri – the court composer of Italian origin – Wolfgang Amadeum Mozart, and Cornetti.

The composition was heard perhaps the first time at a press conference at the Czech Museum of Music, performed by the harpsichordist Lukáš Vendl.
>> Listen to the composition in the video on our website Muzeum3000.cz
The libretto found its way to the National Museum's collection in the 1950s as confiscated property, and was catalogued for the first time in 1976. Although its card was publicly available in the catalogue of librettos of the National Museum‘s Czech Museum of Music, it did not reveal the rarity of this small volume, as the information about its authorship is given in an abbreviated form in the libretto and appears the same way in the catalogue record. At the time of cataloguing, information sources and their accessibility were limited and it was not possible to identify clearly the authors. In 2015, the National Museum's librarian re-catalogued the libretto, and with the help of internet sources and printed encyclopaedias she managed to identify all the authors. The uniqueness of this collection item was determined by a German musicologist and composer, Timo Jouko Herrmann, while working with our on-line catalogues.
The composition Per la Ricuperata Salute di Offelia was created in 1785 on the occasion of the recuperation of a popular English singer working in Vienna, Nancy Storace, who was a prized interpreter of Salieri’s and Mozart’s work. De Ponte's poem tells the story of the singer’s vocal indisposition, which lasted several months. The first mention of this composition is found in Köchel’s catalogue of Mozart’s compositions from 1937. However, its existence is declared based only on contemporary articles in the Viennese papers Wiener Blättchen and Wiener Realzeitung of 1785; the work is stated as lost in the catalogue. The announcements in the newspapers say that the composition was written for voice and piano and was available from the music publisher Artaria & Comp. in Vienna. The score of this work, numbering four sheets, consists of three parts, one by each composer, and is printed after the libretto. It was published in 1785 by the Viennese printer Joseph von Kurzböck. The printed libretto gives the author’s pseudonym, the year of publication, the printer's name and the first letters of the surnames of the composers: Mozart, Salieri and Cornetti. Unlike Mozart and Salieri, so far very little is known about Cornetti.
While searching for a work by Antonio Salieri, the information found in the Czech Museum of Music’s online catalogue led the German musicologist Timo Jouko Herrman to believe that this was the lost work.
"It is an amazing experience to hear the shared work of Mozart, Salieri and Cornetti that was thought to be lost after more than 200 years. I am really pleased that this unique piece was found in the collection of our Czech Museum of Music. It is further evidence that the National Museum has in its collections treasures of world importance", says the General Director of the National Museum, Michal Lukeš.'
Composition will be exhibited  from 26 February to 11 March, 2016 in the Czech Museum of Music.
>>More information

Salieri and Mozart – friends or rivals?

After Mozart’s death in 1791, speculation appeared that Salieri was responsible for it, by poisoning him. However, contemporary documents on musical matters and letters show that the relationship between Mozart and Salieri was cordial, and disprove the alleged rivalry between the artists, which is not supported by historical facts. One piece of important evidence for the respectful relationship between the two artists is the fact that Mozart's son was a pupil of none other than Salieri. Mozart's wife chose him as a tutor. The composition on which the composers cooperated, Per la Ricuperata Salute di Offelia, stored in the collection of the Department of Music History of the National Museum, provides further evidence of them having at least a professional relationship.

The singer Nancy Storace – the muse of sonata composers

The opera singer Nancy Storace was a great inspiration for Mozart, Salieri and Cornetti. It was this outstanding personality of the operatic world who led the composers to write music for Ponte’s libretto. Nancy Storace was born on 17 October 1765 in London and studied in Venice, where she started her successful career. In 1783 she became a prima donna of the new opera company in Vienna, specializing in Italian opera.  While in Vienna, she sang in 20 operas.  She was the first Ofelia in Salieri’s opera La Grotta di Trofonia, and the role of Susanna in Mozart’s Marriage of Figaro was first performed by her. On 1 June 1785 the singer suffered a sudden failure of her voice during the premier of Gli sposi malconenti, an opera written by her brother. This unfortunate indisposition lasted several months. After Nancy's return to stage, the composers wrote a celebratory cantata called Per la ricuperata di Offelia. At that time, Mozart had a very close professional relationship with the diva. Before her return to her native England, Mozart composed a farewell concert aria for the singer, Chio Mi scordi di te? (Will you remember me?), and accompanied her as a pianist. 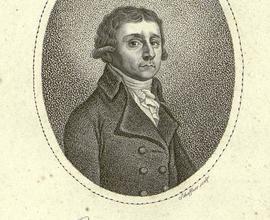 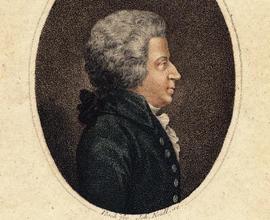 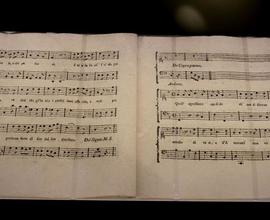 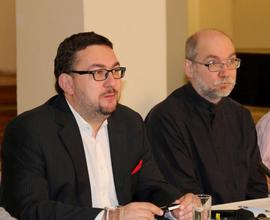 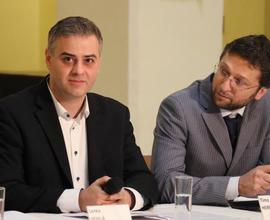 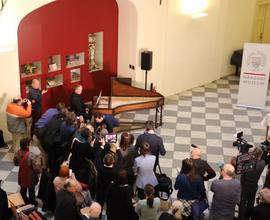