Collection of manuscripts and early prints 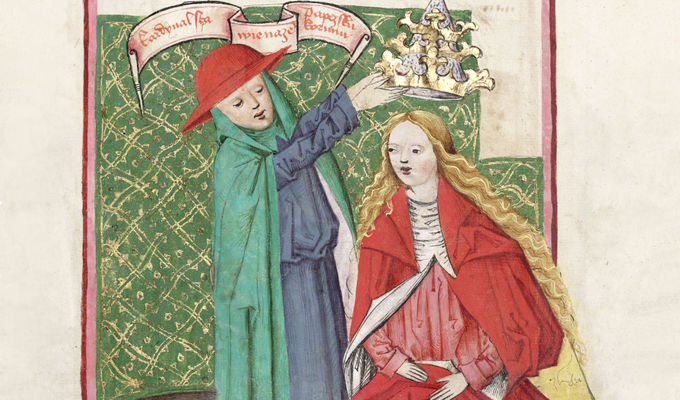 Right from the start, the collection of manuscripts and early prints of the National Museum Library was formed with regard to the Bohemistics concept, formed by 1823 by Josef Dobrovský. Later, the acquisitions included documents on foreign manuscripts and the monuments of typography. To this core, donations from noble families (the Sternbergs, Kolowrats, Pálffy ab Erdöd, Klebelsbergs, and others) were added.

The collection of early prints (shelfmarks 1–2, 10–74, 101–102), numbering ca 25,000 volumes, covers the period from the invention of the printing press in the mid-15th century up to 1800, in certain cases even into the 19th century.  Among the unique typographic pieces in the collection of early prints are the Czech incunabula the Trojan Chronicle of Guidon de Columna, the 48-line Bible by Gutenberg’s successors, Johann Fust and Peter Schöffer, the collection of pamphlets from the Thirty Years’ War called the Troilus Almanac, and an extensive collection of works published by the print shop of the Unity of the Brethren in Ivančice and Kralice and later in Leszno.

The collection of manuscripts and early prints holds separate book fonds, which were formed by the collecting activities of individuals, families and institutions:  the library of the notable collector Bohuslav Dušek (marked Dušek), the complete library of the estate of the Czech literary scholar Antonín Škarka (marked Škarka). The library of Eduard Langer, the heir to the Schroll North Bohemian Textile Works, is one of the larger collections, and is remarkable chiefly due to the set of rare incunabula (marked Langer). The library of the Czech Piarist, scholar and critical historiographer Gelasius Dobner (marked Dobner), the library collections of the Jesuit College of St. Ignatius in Charles Square in Prague (marked Ignác) and the historically valuable monastery library of the Capuchins of Roudnice (marked Kap.) are theologically focused.

The department also holds the two last palace libraries in Prague: the Library of the Counts of Nostic-Rieneck in Maltese Square (Maltézské nám.) in the Prague Lesser Town (marked Nostic – ca 14,000 volumes) and the Library of the House of Kinsky in the Old Town Square (Staroměstské nám.) (marked Kinských – ca 34,000 volumes). In the 1950s, smaller and later collections of books originally held at the Nostitz Manor in Měšice (marked Měšice – ca 2,000 volumes) and the Kinsky Manor in Heřmanův Městec (marked Heřmanův Městec – ca 900 volumes) were added to the palace library collection.