Photographic Collection of the Náprstek Museum

The Photographic Collection of the Náprstek Museum contains thematically varied photographs taken outside Europe The photographs were taken by many notable travellers, researchers and photographers. 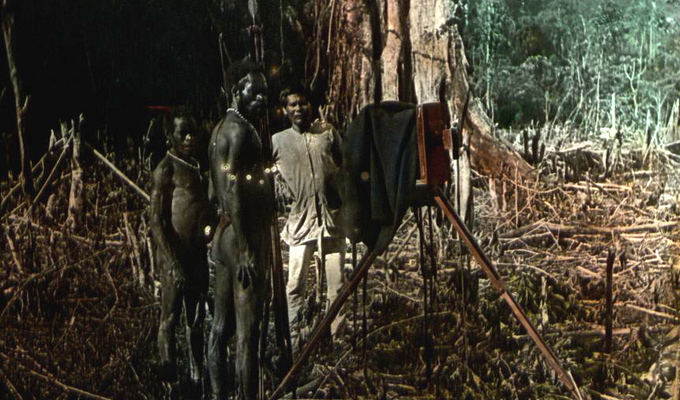 The photographic collection of the Náprstek Museum was created by gathering valuable photographic material from non-European countries, primarily with ethnographic themes. It is being expanded continuously through purchases and donations. Among the photographers are many notable travellers, researchers and photographers of the 19th and 20th centuries. The collection is thematically very varied, depicting architecture, landscapes, various types of people and their activities outside Europe, and documentary photographs from expeditions. Although it is usually presented as one unit, administratively it consists of two parts: sub-collection 836 – negatives and positive slides; and sub-collection 837 – photographs, films, video recordings and other media.

The sub-collection of negatives and positive slides contains over 37,000 inventory numbers. Approximately two thirds are negatives. Those negatives taken in the field have the greatest documentary value, as they depict the image as it was taken by the photographer, in the highest quality and without additional adjustments.

The earliest negatives in the collection were taken by the traveller E. S. Vráz in 1887 in today’s Ghana; the latest ones are from the 20th century. Therefore, they also illustrate the development of photography.

The largest sets resulted from the activities of E. S. Vráz, Václav Šolc, Bedřich Machilka, Viktor Mussika, Věra Šťovíčková, Dana Heroldová and J. L. Erben. The smaller, but no less important ones, are those of A. V. Frič and J. V. Daneš.

Positive slides make unique documents of the way that non-European cultures were presented in our country. These images were used in travelogue lectures. In the late 19th century and the first half of the 20th century, travelogue lectures with "light images", meaning slide projections, were very popular.  For the general public, these lectures offered the only way to learn about these remote countries.  For travellers, they offered an opportunity to earn some money and make their own presentation.

The greatest number of slides in the collection come from E. St. Vráz, but other travellers are represented here, too: Bedřich Machulka, Josef Ladislav Erben, A. V. Novák, Barbora Markéta Eliášová, A. V. Frič and J. V. Daneš. An interesting comparison for the slides from the individual travellers is offered by the set of slides from the University of Agriculture, which were used in lessons.

Photographs, films and other media make up a smaller part of the sub-collection, with only around 5,000 inventory numbers. The vast majority are photographs mounted on card; films and other media form only a marginal part. Among the largest and most valuable sets is the collection of souvenir photographs collected by the traveller Josef Kořenský on his travels around the world in 1893–1894 and to Australia and Asia in 1900–1901.

Both parts of the Photographic Collection of the Náprstek Museum offer a lot of unique picture material that far exceeds the definition of non-European ethnography.  Besides actual pictorial documentation, many of the photographs are connected with important figures. In many cases, together with items in the Náprstek Museum Archives and other sub-collections, they form complete personal estates of individuals (for example, E. St. Vráz, Josef Kořenský, Bedřich Machulka).

The photographs articles, books and exhibitions, and they are presented successfully on their own, too. Thanks to the ongoing digitalization, they are available online at the National Museum's web portal and eSbírky.