The collection consists mostly of examples of ancient craftsmanship; to a lesser extent, marble and bronze sculpture is represented, and also objects of everyday use, which complete the image of life in Antiquity. 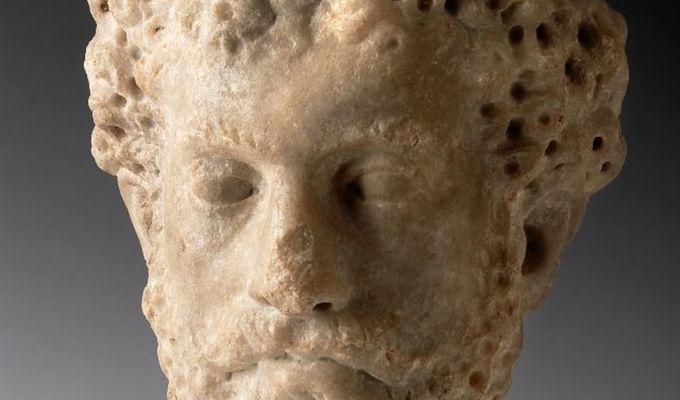 Nowadays, the National Museum holds the largest collection of monuments of antiquity in Bohemia and Moravia. The collection has been formed gradually, beginning right at the museum's foundation in 1818. Initially, antiquities came to the museum as donations, which Czech patriots brought from their journeys after studying in the Mediterranean. These antiquities were put in the archaeological collection, which consisted primarily of domestic prehistoric finds. In the 1920s, Josef Schránil started a separate inventory for the collection, which, besides objects from Greece, Asia Minor, Italy and the Black Sea Region, contained antiquities from Ancient Egypt, later transferred to the Náprstek Museum. After the foundation of independent Czechoslovakia, the collection began to be built up systematically, and nowadays it contains 8,000 pieces. It is still being expanded by occasional purchases, with the aim of providing the best possible illustration of the development of material culture in antiquity and in the Mediterranean cultures of the Bronze Age.

The collection is divided into sections relating to the individual civilization. The cultures of the Bronze Age in the Mediterranean are represented by small items. From the Cycladic culture, there are fragments of a stylized idol from Ancient Crete; the collection also holds votive bowls from Malia, and the culture of Mycenaean Greece is represented by several fragments of painted Mycenaean pottery.

Among the archaeological treasures from Cyprus held in the collection there is Bronze Age Cypriot Red Polished Ware, later Iron Age Cypriot Biochrome Ware (dark colour on a light background) and Cypriot Base-ring Ware. From the Cypro-Geometric period there are the Black-on-Red ceramics (black painted decoration on a red background). The set is completed with votive terracotta goddesses and adorants. Greek antiquities (from Greece and the Greek islands, Asia Minor, the Greek colonies in the Mediterranean and the Black Sea Region) make a representative set that includes ceramics from the Geometric to the Hellenistic period. There is a large number of Greek red-figure pottery vases from the workshops of southern Italy dating from the late 5th and 4th centuries BCE. The terracotta section includes small fired-clay votive figures from the Archaic to the Hellenistic periods. The metalwork section holds an outstanding item of exceptional value - one ear of a bronze Hydra with a lion’s head. The small collection of gold jewellery originates from the Hellenistic workshops of the 3rd and 2nd centuries BCE. Etruscan antiquities make a considerable part of the Antiquities collection, dating from the peak of the Etruscan civilization in the 7th and 6th centuries BCE through to its fall. There is the relatively large collection of typical Etruscan black ceramics, or bucchero. Among the black-figure vases are stamnas from the 6th century BCE by the painter Micali. Among the small everyday objects and bronze figures are a mirror engraved with the figures of Dioscuri in their armour, decorated belt buckles and the figure of a youth, a charioteer, from the mid-7th century BCE. Among the Roman antiquities is Samian ware, which is a type of fine, red glossy pottery, and also some plain pottery for everyday use. There is also a complete set of lamps made in the Roman period in moulds in large series. In terracotta, in addition to small figures, the collection has decorative architectural elements. The diverse and rich collection of glass originates from various parts of the Roman Empire. Roman sculpture is very well-represented in the collection. There are Roman copies of Greek works, particularly the masterfully rendered triple-bodied Hekate in an aedicule from the 1st or early 2nd century CE, the bust of Serapis, a replica of a work from the 4th century BCE, and a personification of the River Nile after the Hellenistic original. Among the portraits, the bust of Marcus Aurelius and a tomb effigy bust of a woman with a hairdo, corresponding to the time of the Emperor Augustus, stand out.