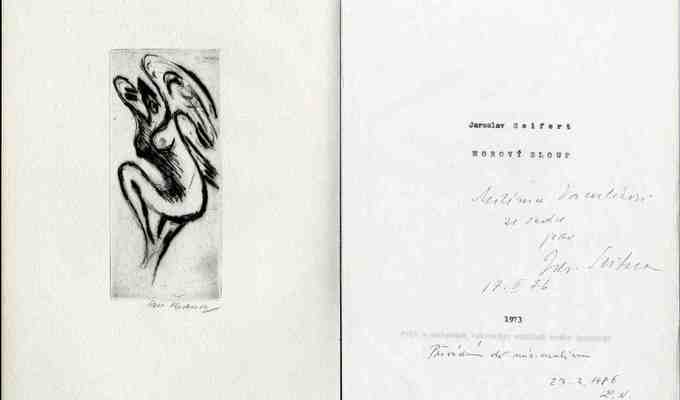 The collection of the Czechoslovak Documentation Centre holds archives and library fonds and non-literary collections, which were created thanks to the continuous research and acquisitions of Prof. Vilém Prečan, and from donations by the figures of Czechoslovakian dissidents and exiles. These are personal fonds and estates, documents of various associations, civic activities, institutions, political parties, publishers in exile, samizdat workshops, and newspaper clippings, posters, photographs, films and video and audio recordings from the Normalization era.

The Czechoslovak Documentation Centre of Independent Literature was founded in March 1986 in the Federal Republic of Germany. The founding members were important Czechoslovakians in exile: Jiří Gruša, František Janouch, Josef Jelínek, Ivo Kunstýř, Ivan Medek, Jiří Pelikán, Vilém Prečan, Karel Jan Schwarzenberg, Pavel Tigrid, Jan Vladislav and Ľubomír Ďurovič. From November 1986, the centre was based in Schwarzenberg Castle in Scheinfeld, Bavaria, which provided the centre with premises for studying and working. The historian Vilém Prečan was the head and the curator of the Documentary Centre from its foundation.  He was the main initiator and the driving force behind the creation of the centre.

From the time of its foundation, the Documentation Centre functioned as a literary archive, a specialized library and a research, study, information and publication institution. At the time of oppression, the centre maintained contact between independent Czech and Slovak intellectuals and civic groups and Czechoslovakian cultural and political exiles. At the forefront of the centre's activities was the preservation of all that was constantly threatened back home with seizure by the State Security (StB).

It systematically collected testimonies to independent thinking and creation in Czechoslovakia after 1948, and to independent cultural, political and religious activities. Foremost was the gathering of collections of Czech and Slovak samizdat literature. The Centre copied these works and periodicals, originally published as samizdat, and distributed them regularly to large libraries, the editorial offices of exile magazines, radio stations and human rights organizations. In this way, it allowed the works of independent Czech and Slovak literature and information about domestic dissent to reach continuously the information systems of the free world.

In addition, the Centre supplied the intellectual community and the opposition groups in Czechoslovakia with books and magazines published abroad. It helped in smuggling the technical equipment needed for samizdat publishing, like copiers and, later, computers. It mediated contact and correspondence between the independent authors in Czechoslovakia and their partners – publishers, and research and other institutions abroad.