Collection of amphibians and reptiles

The herpetological collection documents and presents to the public the worldwide variety of amphibian and reptile species. 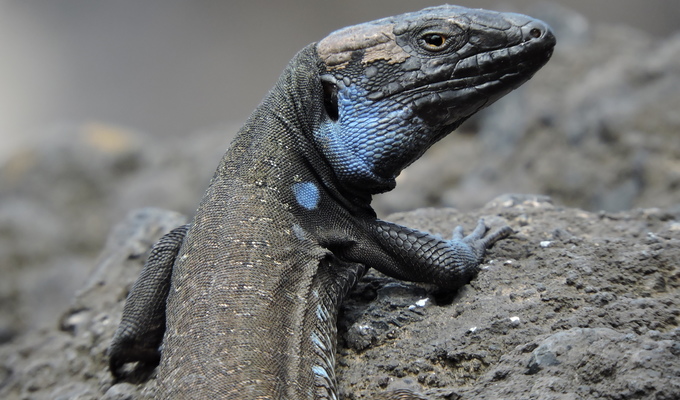 The herpetological collection contains representatives of practically all significant and biologically interesting groups of amphibians and reptiles. Currently, it numbers 26,000 catalogued collection items from all around the world. The core of the collection is the material donated to the National Museum in 1818 by Count Hartig. The earliest exactly dated specimens come from the first independent custodian for the zoological department, A. F. Corda (material from 1849), and subsequently from the director of the National Museum, A. Frič, the Czech patriot and patron, V. Náprstek, and other significant Czech figures.

A considerable part of the collection consists of numerous items from the former Czechoslovakia and the Czech Republic representing unique evidence of the development and state of amphibians and reptile fauna in the country. This material is used by students and researchers in the field of the herpetofauna of the Czech Republic, and many important publications on our amphibian and reptile fauna are based on it.

Material from abroad is primarily the result of diligent collecting and the research of museum curators. In the past, it came chiefly from the accessible areas of the Balkans, the Middle East and North Africa. These days, the major foci are Central and Eastern Europe, the Mediterranean, the Middle East, West Asia, tropical Africa and South America. The creation of a collection of the world’s amphibians and reptiles has been greatly aided by donations from Czech travellers, purchases of private collections and cooperation with zoological gardens.

Among the most interesting collection items are the extinct Cape Verde Giant Skink (Chioninia/Macroscincus coctei), a rich collection of the rare and ancient Tuataras (Sphenodon punctatus), and the amphibians and reptiles brought from Africa by E. Holub and from South America by E. S. Vráz. The most valuable is the type material – specimens used for the identification and definition of new species.  Along with other accurately defined and recorded documentary material, this is a result of years of research by the herpetological department focusing on the study and protection of the diversity of the world’s amphibians and reptiles.