This is a collection of vertebrate fishes, which contains about 26,000 catalogued items from around the world. The total number of collection items is estimated to be at least 100,000 specimens. 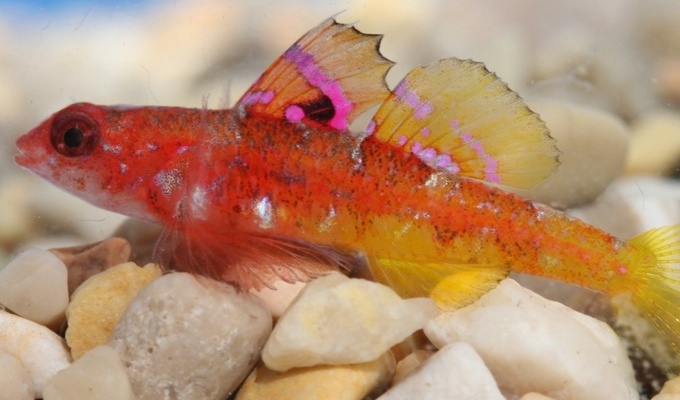 The collection was started as early as the mid-19th century, primarily thanks to the contribution of Antonín Frič. The largest section of the collection consists of complete specimens preserved in fluid (tens of thousands of pieces). The department’s collections also include several hundred items of taxidermy (stuffed specimens) and several hundred pieces of osteological material.

Among the most significant historical collection items are the endangered species that used to migrate via the Elbe to Bohemia, like the sea lamprey (Petromyzon marinus), the European sea sturgeon (Acipenser sturio), the allis shad (Alosa alosa) and, most importantly, the Atlantic salmon (Salmo salar). Regarding the older acquisitions, the collections of lungfish (Lepidosireniformes, Ceratodontiformes), bichirs (Polypteriformes) and ancient groups of fish are significant. It is also worth mentioning the collection of numerous sharks (described in the Magazine of the National Museum, natural history section, 1st part of the list and 2nd part of the list), which is unusually extensive for a landlocked country.

Later, the collection was expanded, primarily with specimens collected in Bohemia, Slovakia and regions of south-east Europe, chiefly Bulgaria. Nowadays, collecting activities focus primarily on endemic fresh-water fish from the Balkan Peninsula and the coastal fish of European seas. Nowadays, the fonds are expanded primarily by collecting in-the-field. In addition to collecting study material in the form of complete specimens, we also focus on the acquisition of tissue suitable for DNA analyses in phylogenetic studies.

The material in the fish collection of the National Museum has been used for a number of scientific studies in recent decades, and has allowed the description of new species of fish, mostly from the Balkan Peninsula.