The collection of mammals contains numerous specimens from all around the world. It holds over 30,000 items representing all orders of mammals, totalling about 900 species. 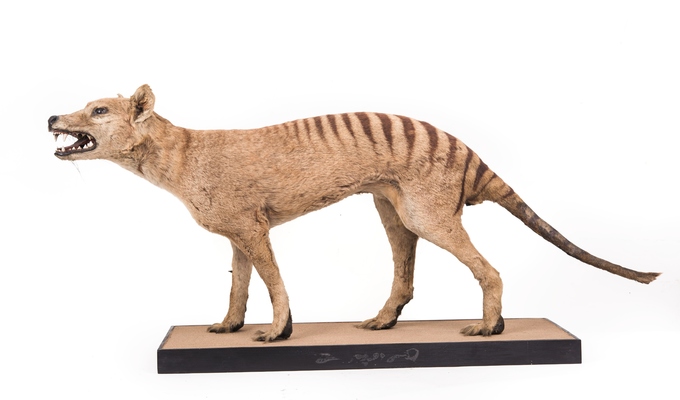 The largest part of the collection of mammals – over 25,000 items – consists of small mammals (skins, skulls). The collection further includes around 1,000 pieces of taxidermy (“stuffed animals”); over 800 skins; 600 wet preparations; 200 hunting trophies; and other items like models, casts of animal tracks, worm tracks, etc. Geographically, Europe and also Asia are the most represented. With regard to regions, Central Europe (the Czech Republic and Slovakia) is best represented; next come south-east Europe (Romania, Bulgaria, Greece and the former Yugoslavian states) and Scandinavia. From Asia, there are very valuable items from the Middle East and West Asia and the mountains of Central Asia (Afghanistan, Pakistan and Nepal). In the extensive collection of skins, there are many African ungulates from imports to the ZOO in Dvůr Králové, and numerous pedigree documents for the Przewalski's horses from Prague ZOO. With regard to the Czech Republic, there is plentiful evidence in the collection of the occurrence of less common and rare species, and in particular, voluminous material acquired during the mapping of the distribution of our mammals (Atlas of mammal distribution in the Czech Republic); the set of specimens of the Mediterranean water shrew (approximately 1,300 pcs., possibly the largest set in the world), and of certain species of carnivora (red fox, 320 pcs.) are also of great value. The collections further contain type specimens (i.e. specimens on which the description of a new species or subspecies is based), and several species of mammals, primarily bats. At present, collecting activities focus on the Mediterranean, western Asia and south Africa.

Among the rarest items is the extinct Tasmanian wolf (Thylacinus cynocephalus) and a number of endangered species of mammals that are listed in the international IUCN Red List. Currently, the fonds are being supplemented by in-the-field collecting, donations and material from zoological gardens. In the past, the collections were expanded with donations from famous travellers – E. Holub, E. S. Vráz, B. Machulka, J. Kořenský and others.