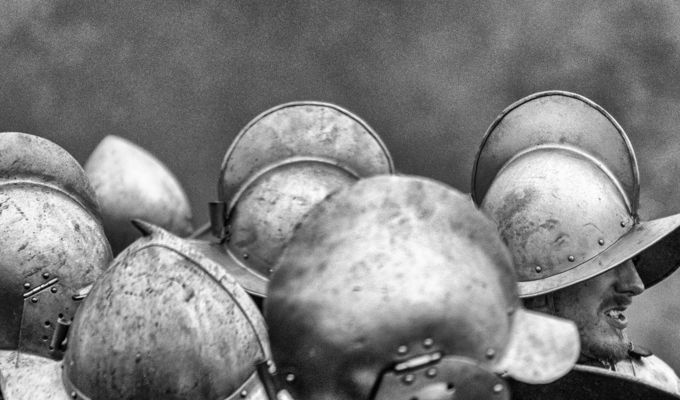 Battle of White Mountain! From a certain point of view, it’s just the year 1620 on the timeline and a mandatory part of the history curriculum. At the same time, however, it is an event that has been described, processed and interpreted in many different forms. What is our take on it today? Is a distance of 400 years sufficient for us to be able to critically perceive the reality and contemporary context of the events? These are some of the questions the authors of this exhibition asked themselves during the preparation.

Two halls and, figuratively speaking, two levels of narration have been put together in an attempt to present the White Mountain period in the broadest possible context. The first line faithfully illustrates the spirit of the time and, in a wider background, the situation in the lands of the Bohemian Crown at the time: what the religious reality, superpower ambitions or the situation in the Habsburg family were like. You will also learn as much as possible about the battle itself, including other events such as the transfer of troops between Rakovník and Prague in November of that fateful year. Thanks to the first-ever multimedia presentation of the battle, you will literally experience it first-hand. The final part of the exhibition is devoted to the situation in exile after 1620 as well as after 1627 when the Renewed Constitution was issued.

At the exhibition, you will have a chance to put yourself in place of the leaders of the uprising which took place right after the battle: how did a person sentenced to death feel in the prison cell at the Old Town Hall? Can you imagine their anxiety, the darkness, but also the intrusive cold? What did they say at the interrogation, what did they leave behind?

Thanks to our Road to the Mountain, you will have the opportunity to step out of historical reality and “play” a game with alternative history. What if someone else than Frederick of the Palatinate became King: would everything turn out differently? What would the history look like if Ferdinand II did not resort to any harsh punishments?

In the second hall, the Second life of the White Mountain comes into play, the image of history, co-created by literature, music, theatre, painting, comics and film. Particularly the films convey a clear idea as to how the scheme of victory and defeat is modelled in these works, e.g. in Honor and Glory starring Rudolf Hrušínský.