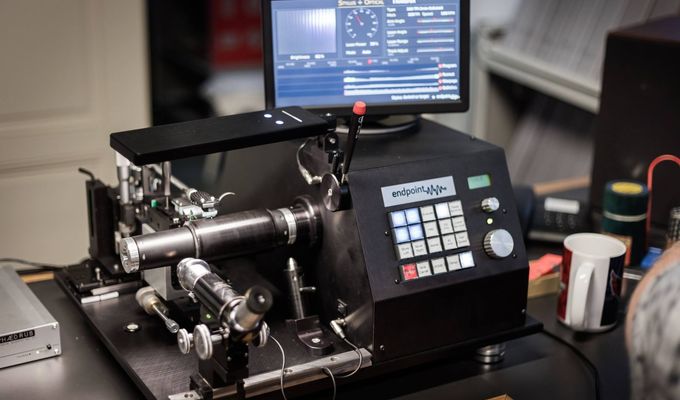 Audio carriers were not collected in the music department of the National Museum until 1963. In the nearly 60 years of existence of this fund, approximately 150,000 audio carriers of various types have been collected, and it is one of the largest of its kind in the Czech Republic. The collection includes traditional audio carriers such as vinyl LP records or CDs, but the shelves also contain lesser-known types such as phono-postcards, laser discs and phonographic rollers.

How do you work with such a large collection and how do you preserve it for future generations? Help was provided by the National Museum's project called New Phonograph: Let's listen to the sounds of history within the Applied Research and Development of National and Cultural Identity Program.

A small exhibition in the permanent exhibition of the National Museum – Czech Museum of Music is dedicated not only to the history of the phono library and its carriers, but also to this project, which systematically processes the collections using a sophisticated workflow, which is technically one of the most modern in the world.