An exhibition dedicated to the military conflicts taking place in different parts of the world during various historical periods. 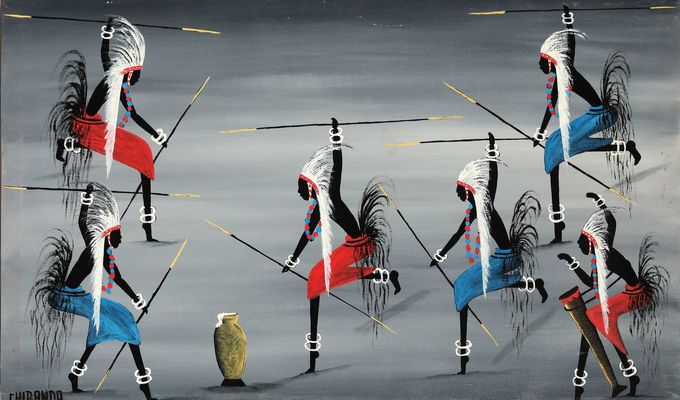 What did the war mean for its participants and for those affected indirectly? The exhibition “Faces of War” explains how people from different parts of the world legitimised their participation in wars and war related activities with religious ideology and how they clarified their relationship with Gods and other people through battle and bloodshed, how leaders and monarchs secured their positions using the archetype of a warrior. It also draws attention to the economic aspect of war campaigns. The exhibition dedicates a large space to fighting and its “tools”: weapons and armours. It shows how weapons adapted to the specific natural environment as well as to the techniques and tactics of combat. It also presents weapons that are literally works of art, as well as artistic representations of war. Art is not about cruelty and suffering, it mainly celebrates magnificence, strength and martial arts. The last part of the exhibition is focused on the persistent desire of human societies for peace, the efforts to break free from the cycle of violence, attacks and retaliation.

The exhibition features a number of unique objects. There is also a collection of tin soldiers borrowed from the funds of the Army Museum, which demonstrates how the clash of European civilisation and “primitive” war practices fascinated our ancestors – and their children – at the beginning of the 20th century. It also emphasises the fact that a preparation for war remains an important part of children’s games in modern society.

Among the most beautiful and most conspicuous exhibited objects is the mask of the Mongolian God of war, which combines the charm of artistic craftsmanship and the reflection of the cruelty of conflicts, pointing out the importance of war in religious ceremonies and its impact on everyday life.

A six-part Japanese screen from the 17th century shows scenes from the riots of Hōgen, which took place in 1156 in Kyoto as an attempt to change the order of succession to the imperial throne. The screen shows the liberation of the rebel-controlled imperial palace, the breakthrough of a poorly guarded gate and the panicked escape of the rebellion leaders.

Headbands, tomahawks and peace pipes (calumets) of the North American Dakotas come from the collections of Vojta Náprstek, i.e. from the museum's oldest collections.

Dear visitors,
due to archaeological research, the part of the courtyard and the outdoor play area for children are temporarily inaccessible.
We apologize for any inconvenience and thank you for your understanding. 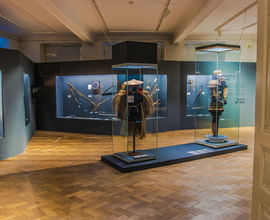 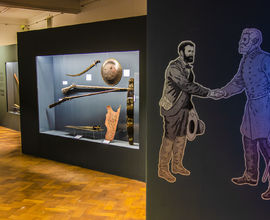 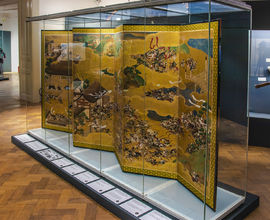 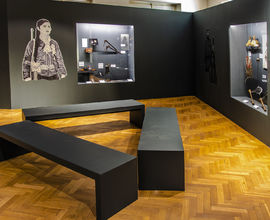 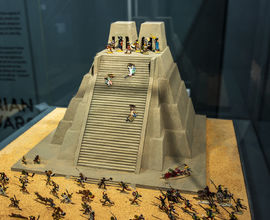 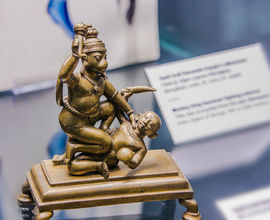 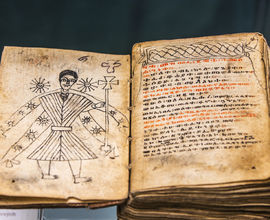 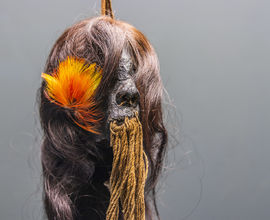 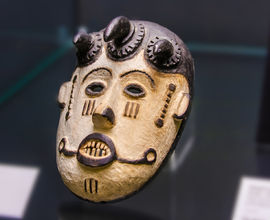 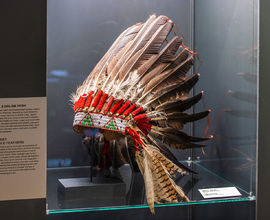 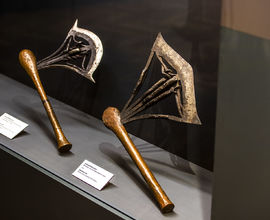 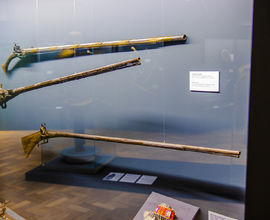 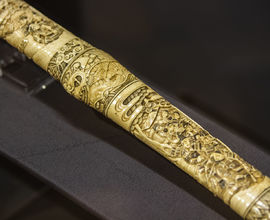 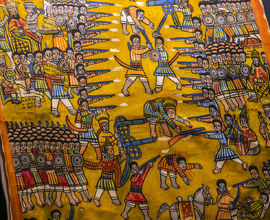 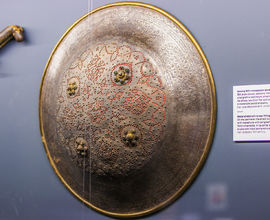 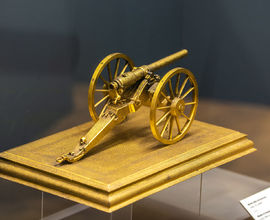