On the Banks of the Nile

Join us on the journey against time, against the current of the world’s longest river! 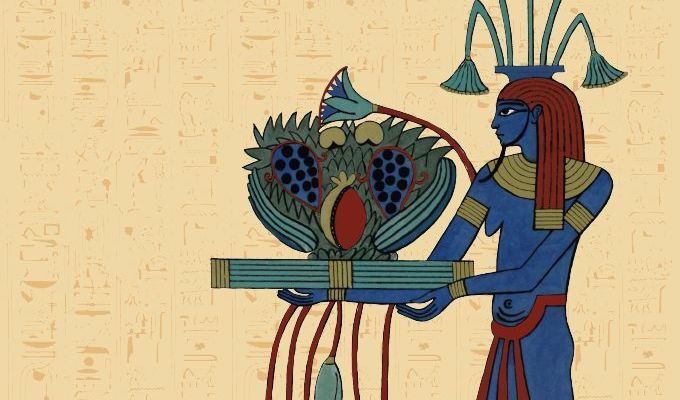 The exhibition “On the banks of the Nile” with its more than 500 artefacts from the Czech and foreign collections will introduce the people of the ancient Nile Valley and the environment that surrounded them and that gave rise to some of the world’s oldest civilizations.

The first part of the exhibition will show the variety of the animal world of pharaonic Egypt and its southern neighbour, ancient Nubia. The world of animals was closely connected to the pantheon of ancient Egyptian and Nubian gods. These would assume the appearance of animals in accordance with their characteristic traits. Ancient craftsmen created countless statues and statuettes depicting various animal species, sacred animals of gods, inhabiting the banks of the Nile, as well as the adjacent steppes and deserts. Animals are featured on pieces of burial equipment. We will see them portrayed on the displayed coffins, in the form of bronze statuettes and faience amulets, or carved on the bases of sacred scarabs.

In the second part of the exhibition, we will set on a sail around the Nile Delta, together with a scribe named Dua-Khety and his son, the main characters of an ancient Egyptian text called the Satire of Trades. We will observe as the father, bringing his son to a scribe school in the capital city, describes the hardships of manual labour on the examples of different occupations. He thus encourages his son to be a diligent student of the scribal school. This part of the exhibition with its various objects – thousands-year-old baskets, a brick from a pyramid or authentic tools – will introduce the processing of natural materials, as well as animal and plant products.

The third part will take us to an ancient Egyptian garden that, much like today, was the place of rest and a source of fruits, vegetables, herbs and flowers. We will encounter the world of plants of the Nile Valley. We will learn how ancient Egyptians brewed beer and made wine. Gardens were also settings of ancient Egyptians love songs.

In the last part of the exhibition, we will leave this world and enter the netherworld that was much like the landscape of the fertile Nile Valley. The belief in the afterlife and the art of mummification, above all the mummification of sacred and votive animals, will be introduced. 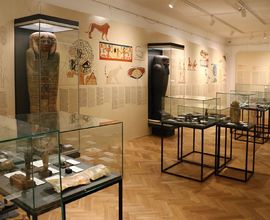 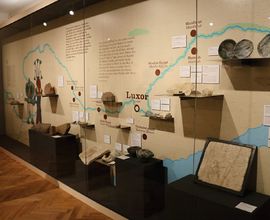 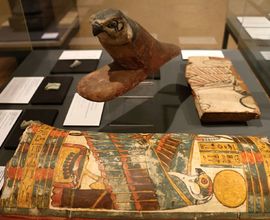 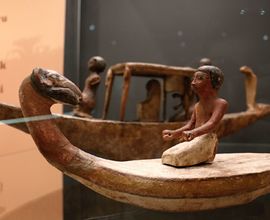 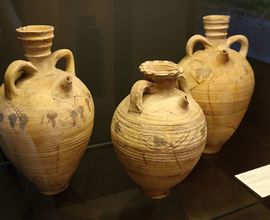 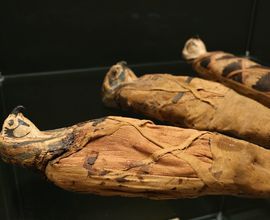 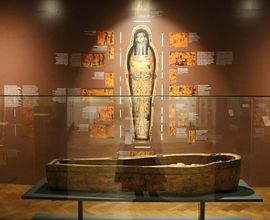 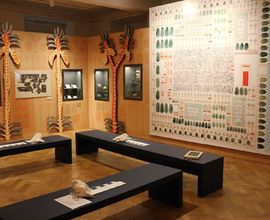