Since its foundation in 1932, the Antonín Dvořák Museum has resided at the Baroque villa “America” in Prague’s New Town. The house, surrounded by a beautiful garden featuring statues from the workshop of Matyáš Bernard Braun, was built at the beginning of the 18th century by Count Jan Václav Michna of Vacínov according to the design of the distinguished Czech architect Kilián Ignác Diezenhofer. 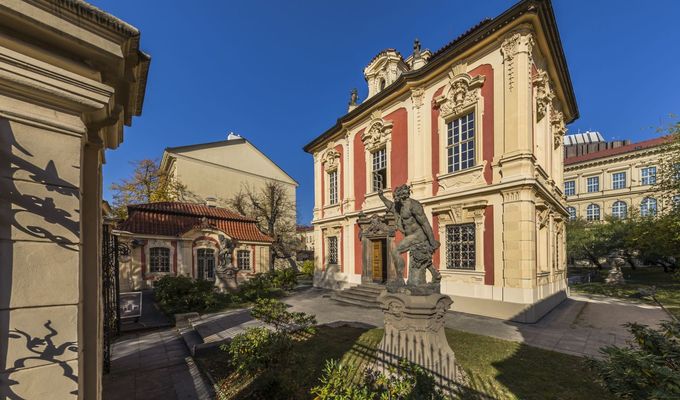 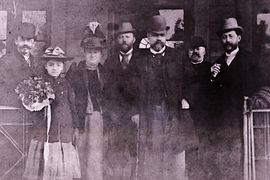 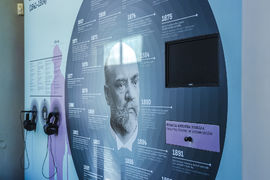 The Journeys of Antonín Dvořák

Information on guided tours for the public

Guided tours for the public are only possible on weekdays and after prior ordering by phone +420 724 412 278 or by e-mail zdenka.ovsikova@nm.cz.

Since its foundation in 1932, the Antonín Dvořák Museum has been housed in the Baroque summer house Amerika in Prague New Town. Count Jan Václav Michna of Vacínov had this summer house, which is surrounded by a garden with statues by Matthias Bernard Braun, bulit in the early 18th century, according to the design by the major architect Kilian Ignaz Dientzenhofer.

The ground floor is furnished with historical wooden showcases dating back to the time of the museum’s establishment. The ceiling of the first floor is adorned with Johann Ferdinand Schor’s wonderful frescos depicting classical mythology themes. The museum’s mission is to gather, look after and make accessible documents pertaining to the Maestro’s life and work. Above all, it possesses a unique collection of Dvorák’s music autographs and correspondence, period photographs and other documentary materials.

From its foundation in 1956 on, the museum has been managed by the Society for the Erection of a Monument to Master Antonín Dvořák in Prague. The first administrators of the museum were Jan Miroslav Květ and the Society’s Vice-Chairmen, Otakar Šourek. The first exhibition opened on 20 June 1932 on the first floor of the museum. It put on show the furniture from Dvořák‘s study and objects from his apartment in Vyšehradská street in Prague, from where these objects were taken to the museum after the death of Dvořák‘s wife Anna in 1931.

In 1956 the museum was transferred to the ownership of the state, and together with the Bedřich Smetana Museum it was put under the management of the Memorial to National Literature. This was established as a state scientific and educational institute, with branches in Nelahozeves (Antonín Dvořák Memorial), Křečovice (Josef Suk Memorial), Skuteč (Vítězslav Novák Memorial) and the Memorial Halls in Zlonice, Sychrov and Lužany (memorials in Vysoké and Karlovy Vary were also planned). The museum’s management was entrusted to the Society’s secretary, Karel Mikysa, who commenced the museum‘s reconstruction and created a new exhibition. The whole building was reconstructed and equipped technically by the National Heritage Institute. The first permanent exhibition was opened on the occasion of Dvořák’s anniversary in 1961. Occasional concerts were held in the landscaped garden of the museum.

On the occasion of the anniversary of the composer’s birth, a new permanent exhibition was opened in 1991, divided into two parts: biographical, and music-related (the exhibition concept was created by Markéta Kabelková and Dagmar Vanišová-Štefancová). Small adjustments to the exhibition allowed occasional small temporary exhibitions on the first floor.

In 2011, on the occasion of the 170th anniversary of the composer’s birth, an extensive exhibition dedicated to Antonín Dvořák was prepared in the Czech Museum of Music (exhibition concept by Eva Velická). In 2012 the museum underwent partial reconstruction. On the ground floor a new exhibition, The Journeys of Antonín Dvořák, was installed, and the space on the first floor was simplified to allow regular concerts and annual thematic exhibitions.

The museum holds a unique collection of the composer’s manuscripts and correspondence. It also manages a significant part of Dvořák’s score archive and library. The rich fonds of printed documents attests not only to the composer’s contemporary success, but also the ever growing popularity of his work to the present day.

The building is not wheelchair accessible.