Ethnographic Museum of the National Museum

Kinsky Folly, located in romantical Kinsky Garden between Prague quarters of Lesser Town and Smíchov, was built between 1827–1831 by architect Heinrich Koch in the Empire style. Since 1901, this unique summerhouse is seat of the ethnographical museum which is documenting traditional folk culture of the Czech lands – Bohemia, Moravia and Silesia. 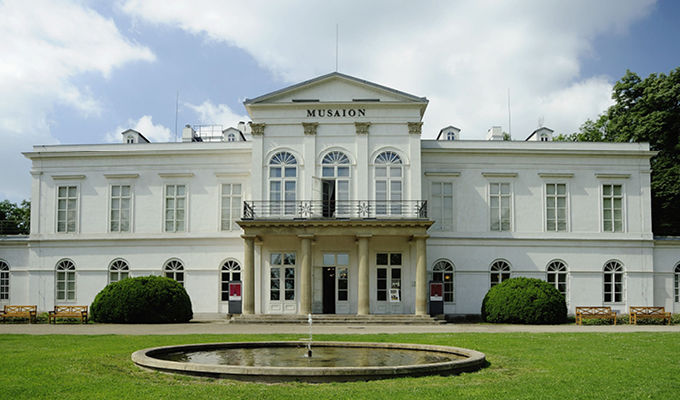 From November 1, 2022 to March 31, 2023 the ethnographic long-term exhibition Czech Folk Culture is CLOSED. The cafe is also CLOSED during the winter, we will inform you about its opening. In the Ethnographic Museum, it is currently possible to see the PAPER VILLAGE and THE OPEN ROAD exhibitions.

Tickets can be purchased on-line or at the ticket office.

Adult 40 CZK
Reduced Reduced: – senior citizens over the age of 65– juveniles 15–18 years old
– holders of ISIC or ITIC cards
– high school and university students upon presentation of a student identity card 30 CZK
School excursions 15–26 years School excursions (15–26 years):
– organized school groups with pedagogical support– 3 members of the teaching staff free of charge– it is not possible to reserve a visit time, tickets only at the ticket office 20 CZK
Children up to 15 years Only accompanied by an adult FREE ADMISSION

E-ticket is valid for 30 days from the day of purchase for a one time entry. 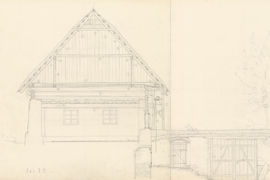 30. 9. 2022 – 31. 5. 2023 Ethnographic Museum of the National Museum
Visit the new exhibition dedicated to the documentation of vernacular architecture from the first half of the 20th century. 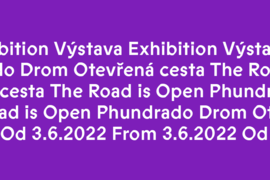 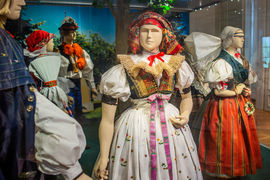 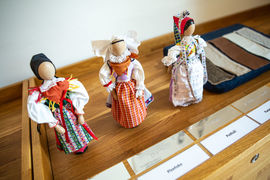 The Ethnographic Museum was opened to the public in 1903. However, the history of the Kinsky Summer House dates back to 1826, when Prince Rudolf Kinsky bought several former vineyards on the hillside of Petřín with the intention of building an extensive park garden, including a summer residence. The representative one-storey building, in Empire style, a project of the Viennese architect Heinrich Koch, was used by the Kinsky family until 1901, when Prince Karel Kinsky sold it with the adjacent land to the city of Prague. The first exhibition was created from the collections of the previous Czechoslovak Ethnographic Exhibition, which took place in Prague in 1895. Together with several contemporary experts, Lubor Niederle became the museum’s leading figure. Among the architects, Josip Plečnik, Václav Roštlapil and Jiří Stibral were involved in its preparations.

In 1922, the museum became part of the National Museum. It continued its research into and presentation of the ethnographic heritage of the Czech lands and other European territories and states. The work of Drahomíra Stránská, among others, was of great significance. At her initiative, the Greek-Catholic Church of St. Michael was relocated to the Kinsky Garden from Medvedovec, Carpathian Ruthenia, in 1929. The second half of the 20th century brought a number of changes. In the 1960s the museum was modernized and it presented a new exhibition, the concept of which was created by Helena Johnová. At this time, a long new era started under the leadership of Alena Plessingerová. Later, however, due to many years‘ neglect of the building, the museum had to be moved out and its activities transferred to different premises. In the 1990s, after great efforts on the part of our staff and Czech society, major reconstruction of the Summer House was pushed through, and in 2005 a new and modern exhibition, Musaion, with a concept by Jiřina Langhammerová, was opened.

The Ethnographic department is one of the largest collection units of the Historical Museum. Currently, its fonds contains 200,000 collection items, illustrating the values of the folk culture of the Czech nation, as well as other Slavic and European nations and lands. Some of these items are on show in the permanent exhibition, which is complemented by temporary exhibitions. Several regular events of the Ethnographic Museum offer live presentations of folk culture. Since 2010, the Ethnographic Museum has been organizing the cycle Folklore regions of Bohemia, Moravia and Silesia. Within this cycle, regular evening events také place (usually the second Saturday of the month) in which an ethnographic region is presented in the form of a lecture and a performance by a folk ensemble from the given region. Occasionally, the evenings include the tasting of local specialities and other activities. There are also regular weekend courses on traditional handicrafts, and from October till May a course on Czech, Moravian and Slovak folk dances called Folk Dance Lessons.

You can enter the building with a pushchair.

Stylish café with a terrace overviewing a park in summer.