Collection of the Department of Music History 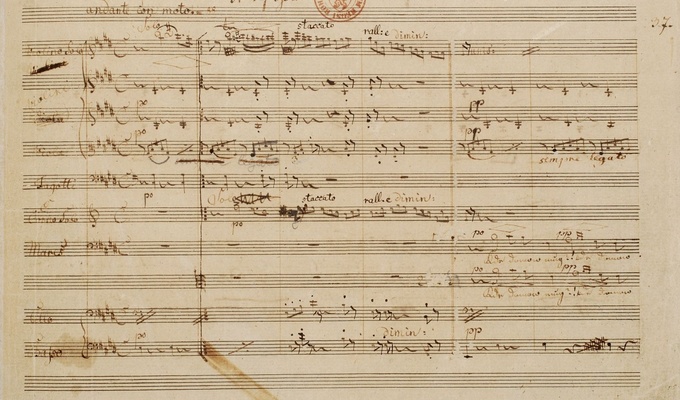 The Czech Museum of Music holds the most significant and largest collection documenting musical culture in the Czech Republic.

Contains manuscripts and printed scores dating from the 17th century to the present. The works of mostly European composers are represented here, with a significant share of works by Czech composers. The collection is very diverse; however, folk music is represented only marginally.   It includes sets of musical scores that came from estates or music collectors, material from various institutions, a collection of autographs, material from music publishers, items confiscated from castle and monastery collections (acquired in the late 1940s and the early 1950s based on the Beneš Decrees, and later from dissolved monasteries).

The AZ collection is the smallest (71 items) in the Department of Music History of the Czech Museum of Music, yet it is very valuable. It contains manuscripts and prints, mostly from the 16th and 17th centuries, rarer older material, and also some later, liturgical books.  These are monuments of Medieval, Renaissance and Early Baroque music, particularly various liturgical books, books of secular and sacred polyphony and hymnals.

Primarily contains the correspondence of composers, musicians and institutions. In addition to letters, postcards, visiting cards and telegrams, there are also typed documents, personal documents, bills, publishing contracts, diplomas, memorial books and entries, handwritten notes, and works of musicology and journalism. These documents originate from the period spanning from the 18th century to the present.

Only since the 1980s have personal estates been processed as whole units according to archival principles. Among the estates documented in the form of an inventory are those of E. Axmann, Z. Fibich, Z. Folprecht, J. Fučík, J. Ježek, K. B. Jirák, K. Kovařovic, J. Křička, O. Nedbala, V. Nováka, E. Schulhoff, J. Suk, E. Trolda and the members of the Czech String Quartet.

Brings together and studies pictorial documents concerning the history of music as an important source for learning about musical life. There are photographs, paintings, prints, sculptures and personal memorials dating from the 16th century to the present, documenting classical music and other genres – the styles of playing and singing, what instruments were used and what music was popular at the time.

The fonds contains: theatre, opera and concert tin signs and posters; theatre and concert programmes; brochures; invitations and flyers for musical events of various kinds; posters and newspaper clippings concerning musical life in the Czech lands, with news and reviews of performances of Czech artists abroad, including the reviews of the premiers of Czech compositions in this country and abroad, from the 18th century to the present.