The Indian collection contains items from India, Pakistan, Nepal, Bhutan and Sri Lanka. The first items came to the National Museum as early as the 19th century. The collection includes valuable works in metal, paintings and also sculptures. 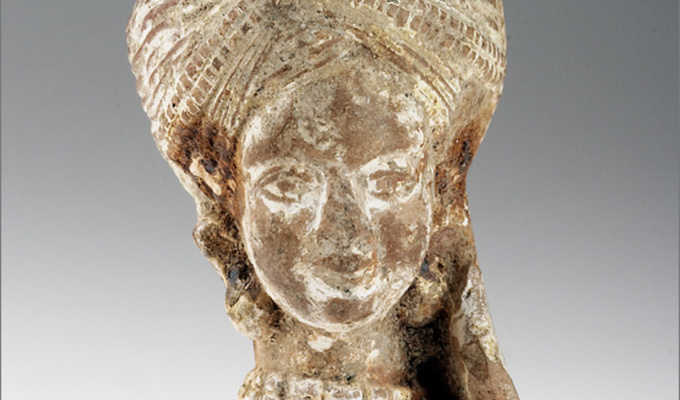 The Indian collection contains items from India, Pakistan, Nepal, Bhutan and Sri Lanka. The first items in this collection found their way to the museum thanks to the geologist and palaeontologist Otokar Reistmantel (1848–1891). It was next expanded with another large set of items only in the 1950s, when the museum received a donation from the All India Handicraft Board, which contained examples of contemporary art in all traditional materials, as well as toys, masks, puppets and other ethnographic material. A considerable proportion of this set consisted of textiles and clothing. Since the 1960s, the collection has been expanded with donations from Indologists bringing ethnographic and artisan craft items from India. Among the oldest objects in the collection are the fragments of Gadhara relief art, which developed under the influence of Hellenism in the first half of the first millennium CE in north-western India, in the area of modern day Pakistan. Painting is strongly represented in the collection. The art of the miniature was brought to perfection in Mughal miniature painting, which is represented in the collection by rare folios from the Jahangir Album. Portraiture depicting Indian rulers and Indian architecture is represented by the 19th century painting on bone. Handicrafts make up a significant proportion of the Indian collection, offering a representative selection of materials and decorative techniques. Works in metal feature metal casting and toreutics, represented in the Indian collection by decorative items, everyday things and ritual objects. Among the decorative metalwork is a quite extensive collection of jewellery. Works in metal include weapons that are mostly edged and bladed, like daggers, and especially kutaras (fist-daggers), swords and axes; also there are helmets and shields and ankush (an elephant goad). The traditional crafts for which Indian craftsmen were famed even in ancient times include weaving, spinning, fabric dying, textile printing and, of course, embroidery. The Náprstek Museum’s collection holds samples of these techniques, in the form of both fabrics and traditional clothing. Examples of folk art and ethnographic items from various parts of India are also featured in the collection.