The Korean collection of the Náprstek Museum is one of the smallest Asian collections. Korean arts and crafts are represented very unevenly here. 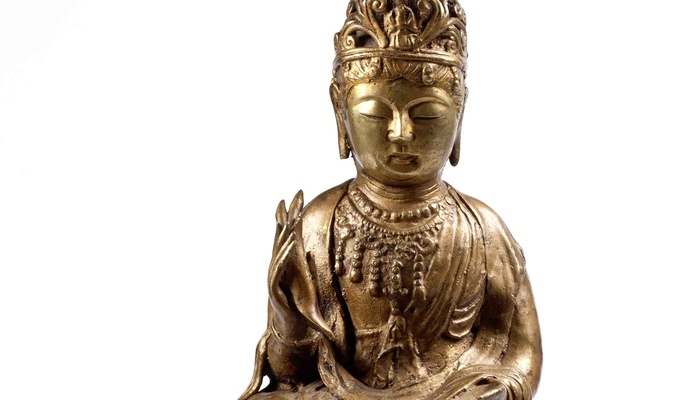 The collection came into existence in the 1950s from the gifts from the Democratic People's Republic of Korea, enriching our collections with a set of traditional costumes (mostly women’s and children’s), replicas of traditional Korean pottery, and samples of folk art, puppets and masks.

A small set of greenware (celadon) pottery with carved decorations, produced during the Goryeo Dynasty (10th to 14th centuries CE) and the 15th and 16th century ceramics were acquired through small-scale purchases. Beside these, the collection contains samples of other artisan techniques – works in lacquer and nacre inlay from the 19th and the early 20th centuries. Korean sculpture is represented by the gilded bronze figure of Bodhisattva Gwan-eum dating from the 16th/17th centuries. Korean ink wash painting is represented by several samples of 20th century art.