The items from the Middle East, Central Asia and the Caucasus were acquired by the Náprstek Museum in the 19th century, most of the remainder coming in the post-war period. These are in particular artisan craft, weapons, textiles, pottery and porcelain. 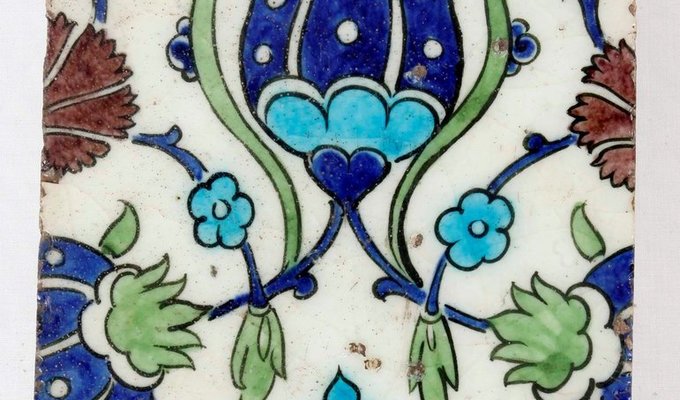 The first additions came to the museum as occasional donations shortly after its foundation. These gifts were usually of a random nature. They were individual objects – carpets, samples of fabrics, clothing and clothing accessories. The first large collection was donated to the museum by Alois Kašpar, a Kapellmeister who stayed in Central Asia. There were also expanded with the contributions of important travellers: the discoverer of the sources of the Tigris, professor Josef Wünsch (1842–1907); the teacher Josef Kořenský (1847–1938); and the poet and writer Julius Zeyer (1841–1901). The Náprstek Museum acquired a significant proportion of its collections from the Middle East, Central Asia and the Caucasus only in the post-war period through donations and purchases. A significant proportion of the Islamic collections is made up of metal items of everyday use, like kettles, jugs, bowls, trays and plates. There is also a smaller set of vessels from Arab countries. The bulk of this collection came from the areas of Iran and Central Asia, mainly from the mid-19th century to the beginning of the 20th century. The Islamic collection includes weapons. Most of them originate in the 19th century; earlier weapons appear more rarely. Jewellery makes up a relatively small part of the collection. The collection of Islamic ceramics is not extensive, either. Besides vessels from the early 20th century and the recent past, there are also earlier and more valuable objects: a set of blue-and-white glazed stoneware vessels from 17th to 18th century Iran; and several pieces of Iznik pottery (Turkey) from the 18th to 19th centuries. A special group of items consists of 18th to 19th century Persian lacquer works. The collection of Islamic book culture and paintings contains manuscripts and individual manuscript folios, accompanied with paintings, prints and miniatures. The traditional Islamic crafts are represented by works in wood with intarsia (an inlaying technique). They have gained a prominent position in the world and are represented by a wide range of textiles in the collection of Naprstek Museum.