The collection of butterflies is stored in three halls with an area of 240 m2. The collection material is held in approximately 7,000 collection boxes, mostly 40x50x6 cm size, and their number nears one million. 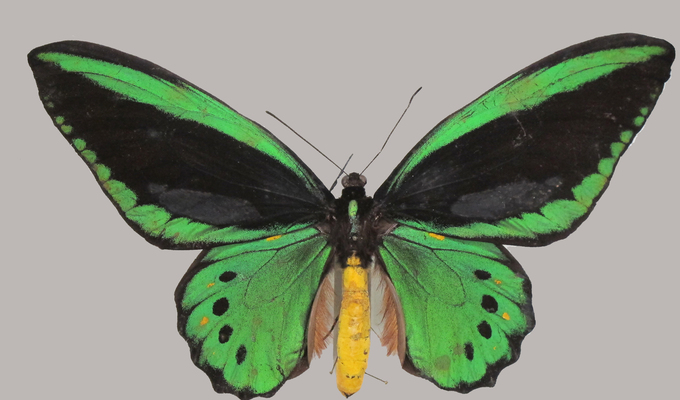 The foundation of this sub-collection was laid in the early 20th century, when the National Museum acquired the first large collections of butterflies from František Antonín Nickerl, his son, Otakar Nickerl the older, from Napoleon Manuel Kheil, and later from other renowned entomologists, particularly Arnošt Silbernagel and Otto Holik. Gradually, tens of small and bigger butterfly collections were added, the latest large additions being the scientifically valuable collections of Bohumil Vančura and Kristián Krušek.

The butterfly sub-collection is currently arranged in three basic levels.

In total, the butterfly sub-collection includes approximately 1 million preserved specimens, stored in about seven thousand boxes. In addition to valuable fauna material (primarily species that are extinct in their traditional locations), the butterfly sub-collection contains several hundred type specimens from almost all groups. The processing of the voluminous type material relating to Zigaena, described by Otto Holik in the mid-20th century, and several dozen species of moths collected by Kristián Krušek, should be mentioned as being particularly valuable.