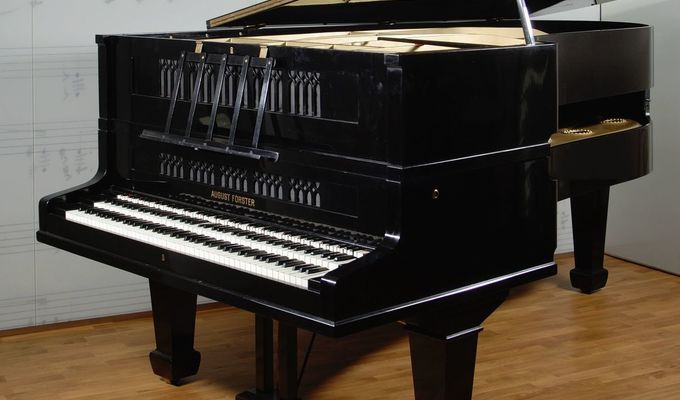 Although the acquisition of musical instruments, from the time of the foundation of the National Museum until the establishment of a separate musical department in 1946, was rather accidental, some very valuable pieces were acquired during this period. One of the first things collected during this period was a unique set of Renaissance wind instruments – the Rosenberch Capella. During this period, large sets of musical instruments found their way to the museum, donated by Czech instrument makers and collectors (Ondřej Horník, Antonín Buchtel, Karel Boromejský Dvořák, Josef Šediva, Jan Pohl and others). Other valuable instruments were acquired after WWII, both those confiscated on the basis of the Beneš decrees and others from dissolved monasteries.

The collection, which nowadays numbers 3,000 musical instruments, holds specimens rare both in Europe and world-wide (for example, the violin built by Giuseppe Garneri del Gesù or a Stradivari school violin), keyboard instruments (Mozart’s Piano, Hába’s quartertone piano) and wind instruments (the Rosenberch Capella). The collection illustrates the remarkable and rich development of Czech instrumental schools and other remarkable Czech phenomena (the Prague violinmaking school, the Krkonoše violinmaking school, instruments made by Václav František Červený and Josef Šediva, Czech hooked harps, microtonal instruments, automatophones and others). Current collecting activities focus on adding pieces, the formation of new collections and also filling the "blank spaces" in the history of Czech instrument-making and Czech musical culture in general.