The core of this collection consists of the libraries of famous figures of Czech science and culture, preserved in their original form. 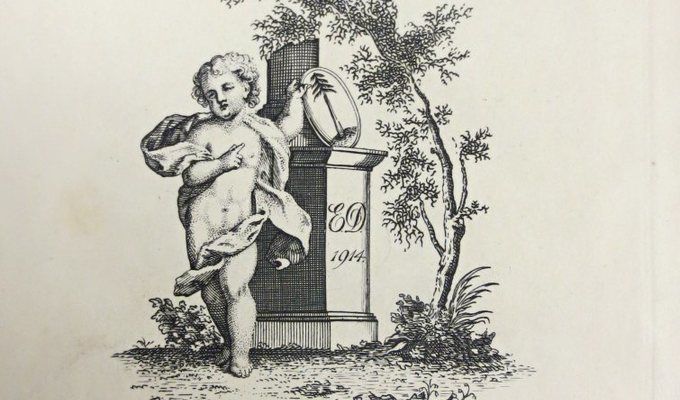 The "Books“ sub-collection consists of the libraries of the Slavist P. J. Šafařík, the historian F. Palacký, the opera singer E. Destinn, the publisher J. Otto and the writers J. Arbes, J. Neruda and J. Zeyer.

Out of all the personal libraries in this sub-collection, that of the Slavist P. J. Šafařík (which was passed onto the National Museum in 1864) is the most varied regarding the dates of origin and the themes of the books.  However, only a fraction of his original library is held in this collection. The entire original library was greatly valued in its time, as we know from the correspondence of its owner with significant foreign Slavists.  Manuscripts and selected old prints (often written in Cyrillic and Glagolitic scripts), which originally belonged to this library, are nowadays held in the department of manuscripts and old prints of the National Museum Library. The general book collection holds approximately 4,000 volumes, most of which date from the 19th century, although there are a considerable number of them dating from the 16th to 18th centuries. The oldest item in this collection has the title ‘De rebus Gothorum’ (1515). Regarding languages, there are books written in German, Russian, Latin, French, and other titles in South Slavic languages, and exceptionally in Sorbian languages.  Concerning their type, there are editions of Latin works, language books, dictionaries, histories of literature, and so on; in fact, a reference library suited to a scholar such as Šafařík. The Gazophylacium, a dictionary by the 17th century Croatian lexicographer, I. Belostenc, must be mentioned here.

The library of the historian F. Palacký, which makes up other fonds of this sub-collection, was transferred to the National Museum in the late 1880s. It was catalogued in the mid-1980s, and nowadays it numbers about 3,800 volumes. The catalogue was published in the National Museum Almanac, series C – History of Literature 30, 1985, nos. 1–2 and 3–4.  It primarily contains scholarly historical literature.

The library of the noted publisher, J. Otto, (ca 7,800 volumes) consists of the publishing archive of the original Otto's publishing house, which was passed on to the National Museum Library by the literary critic and historian, Jaroslav Švehla. Among many other things, the collection contains Otto's Encyclopaedia, Brehm's Life of Animals, the Collected Writings of Alois Jirásek and other examples of the publisher’s output.

J. Neruda's personal fonds contains circa 3,500 volumes and consists of contemporary Czech literature, German literature (chiefly 18th and 19th century classics). There is also literature from other countries, often in German translation. A substantial part of the fonds consists of scholarly literature, again predominantly German (although not exclusively), with the focus on cultural history.

The library of J. Arbes consists of about 1,000 volumes, including Czech literature (the memoirs of J. V. Frič, V. K. Klicpera, J. S. Machar), foreign literature (for example, works by J. W. Goethe, F. Schiller, W. Shakespeare), and also a number of volumes from the Anthology of World Poetry. Besides fiction, it contains professional publications, calendars and annual reports.

The smallest of all these fonds is the library of the opera singer E. Destinn, numbering 307 volumes. However, this is only a torso of the original library, which, according to contemporary sources, held several thousand books, including old prints. The extant fraction includes mostly 18th and 19th century literature, with a few older books. A specific feature of this collection is the canvas binding of many of the books.