This exhibition in the Historical Building of the National Museum will introduce the history of the common state of Czechs and Slovaks. 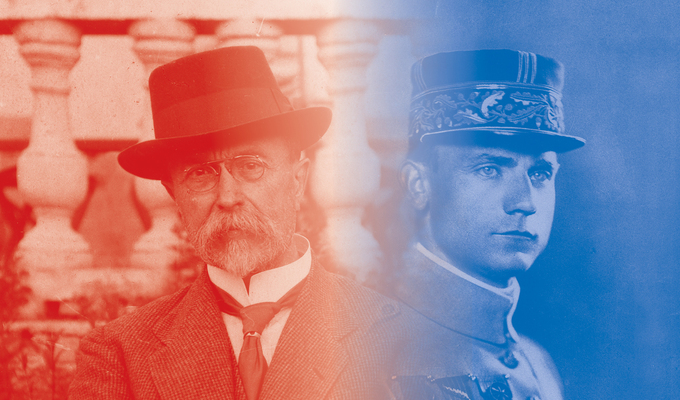 The National Museum and the Slovak National Museum have prepared a project entitled ‘Czech-Slovak / Slovak-Czech Exhibition' on the occasion of Czechoslovakia’s 100th anniversary.

The exhibition tells the fascinating story of how the initially unrealistic project of Czechoslovakia became reality, describes the coexistence of Czechs and Slovaks in their common state, and shows what united them and what divided them.

The exhibition maps all of the crucial moments of the turbulent 20th century, but also the particular fates of common people. Through 1,200 items, with additional audio-visual documents and interactive elements, visitors will be reminded of what life was like in Czechoslovakia, what values the society embodied and what how it has inspired the world to this day. Besides exhibits pertaining to everyday life, the exhibition is full of unique items mapping crucial historical moments. For the first time ever, visitors will have a chance to see an utterly unique set of the most important documents of our history, such as the original Pittsburgh Agreement, the Munich Agreement, the Czechoslovak ratification of peace treaties, and the Hácha – Hitler Declaration which signalled the end of interwar Czechoslovakia.

The project includes side events, such as special events for schools.

The exhibition, which first opened in Bratislava Castle in April 2018, was opened in the National Museum in Prague on 28 October 2018.

Visitors do not need to make a reservation to enter the exhibition.

Entrance of the exhibition without reservation.