The Art of Wicker

An exhibition presenting basketry in all its breadth and variety 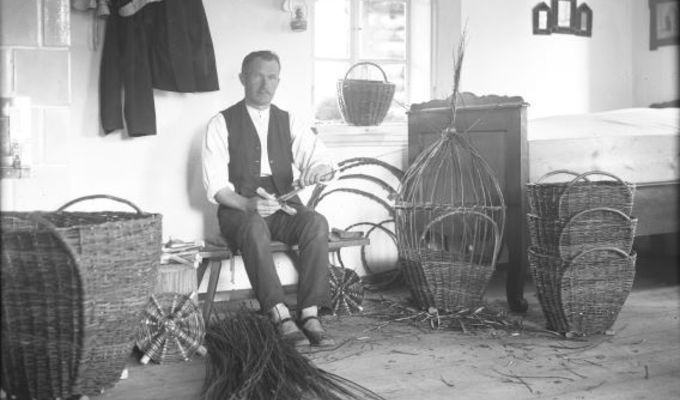 Like other natural weaving materials, willow reeds have accompanied human civilisation from its very beginnings until the present day. Although simple manual operations with this material are straightforward, it is difficult to work with on machines, so the production of woven goods has always been the domain of basket weavers – either professional craftsmen or occasional producers and enthusiasts. Our exhibition presents all the possible forms of this “Art of Wicker”.

Natural weaving materials, the most important of which was willow, have been in use since prehistoric times to make baskets, matting or various other domestic items. This was a material which was available almost everywhere, and at first glance was easy to work with. But the true adoption of basket-weaving as a trade required real skill and there were – and are – great differences between what can be achieved by an occasional maker and a professional basket weaver.

The form of the art always retained a certain primitive basis, but the way it was organised and the broad spectrum of products changed over the centuries. The first basket-weaving guilds were established relatively late, in the early modern period; similarly, willow cultivation underwent only gradual innovation. But in the 19th, and at the start of the 20th century, basket weavers  were able to respond well to the demand for new types of products, such as wicker furniture; they formed cooperatives, and work with natural weaving materials began to be taught in institutions for the physically and mentally handicapped. It was this human input and the artistic dimension of the craft that enabled it to compete with industrial production.

The exhibition "The Art of Wicker" draws on the rich collections of the National Museum and other institutions, as well as on the work of masters of folk craft, especially basket makers Petr Král and Dana Ptáčková. It tries to present basketry in all its breadth and variety, from the simplest products to masterpieces and curiosities and types of objects that are no longer in use today. You will learn, for example, how wicker was useful for the railways and the military or what tools a basket maker needs to use. At courses organised by the Museum, you will also be able to try working with them yourself. Perhaps you will be inspired to create things yourself or to add to your household equipment that is both aesthetic and practical and unique in principle, because it is the product of human hands. 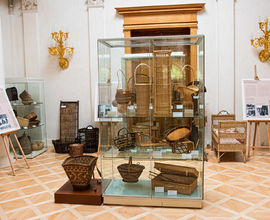 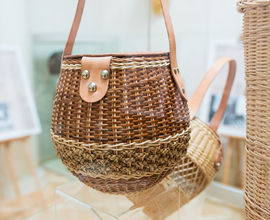 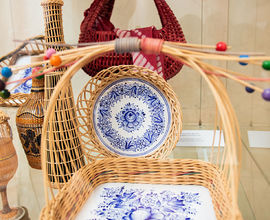