In 2012 we celebrate the 75th anniversary of the end of the Second World War. 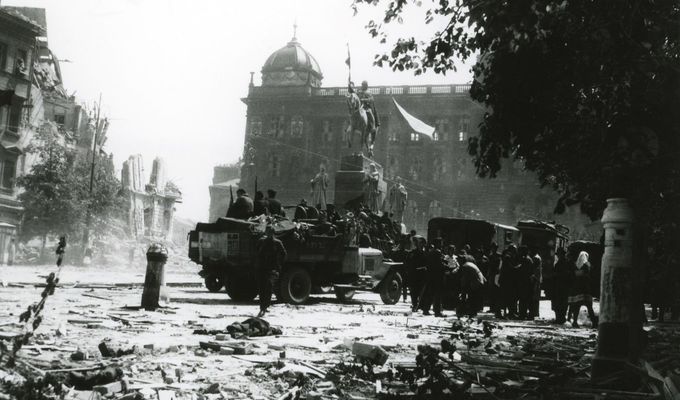 The Czech National Uprising was an important part of the ending of the war; it broke out on 1st May in Přerov and spread across all those areas of the Protectorate that were still occupied. The Czech National Uprising exhibition focuses on the events of 5th to 9th May, when the Prague Uprising took place. It maps out the tense situation in Prague, showing the heroism of those inhabitants of Prague who were involved in the Uprising.

In addition to photographs from the archive of the Czech Modern History section, the exhibition shows several interesting items from the collections. These include fragments from the bomb which fell on the Historical Building of the National Museum on the night of 7th May 1945 and damaged part of the interior and also destroyed zoological exhibits. This jacket, part of prisoner’s uniform No 26215, belonged to Marie Beranová. She was imprisoned for treason from 1940 to 1945 in the Ravensbrück concentration camp. Her file is marked “return inadvisable”. She only survived a death march in May 1945 because the guards fled and the prisoners were left unsupervised. The most valuable exhibit is this “ordinary” black Waterman 52 fountain pen. This pen was used to sign the instrument of surrender of the German armed forces in Prague and nearby on 8th May 1945. For the German side it was signed by General Rudolf Toussaint, and for the Czech side by Czech National Council representatives Albert Pražák, Josef Smrkovský, Josef Kotrlý, Captain Jaromír Nechanský, General Karel Kutlvašr a Lieutenant Colonels Jaroslav Kadaňka and František Burger. 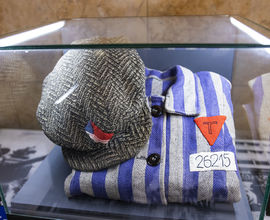 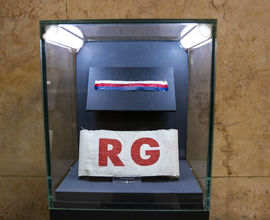 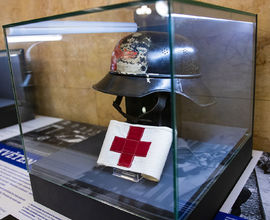 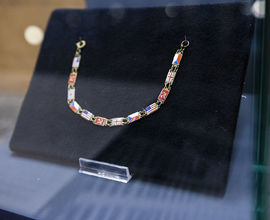