The African collection is very rich. It contains about 16,000 objects from various ethnic groups and cultures. It encompasses a great many fields of human activity, from art to everyday living. 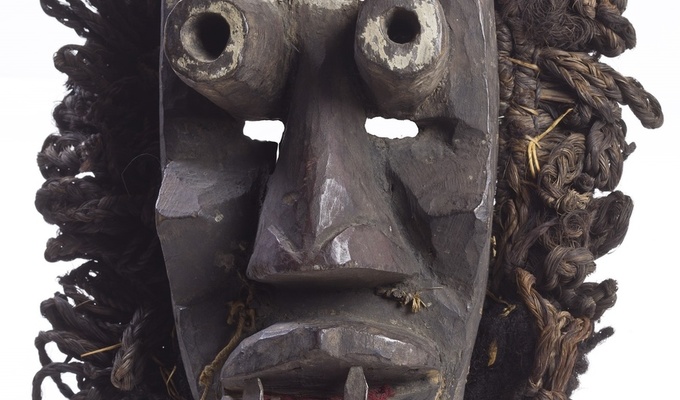 The African collection, numbering around 16,000 pieces, includes and ethnographically maps the whole of Africa. Items from various fields of human activity are found here, including art. The North African collections document the blending of Arabic and Berber cultures, the Arabic art of coppersmithing, Berber ceramics, Kabyl muskets, Kabyl and Berber jewellery, textiles, traditional weapons, saddles for horses and camels, and much more. There is also an interesting set of amulets in the North American collection, which emphasises the dynamically changing character of the cultural and religious context.

The African collection further holds pieces of traditional woodcarving of the 19th and 20th centuries, an art associated with almost all of non-Arabic Africa. As far as West Africa is concerned, the collection holds items from various ethnic groups and woodcarving styles, for example: the Bété, Dan (Gio), Ngere, Yoruba, Igbo, Bambara, Fante, Fon, and Senufo people. The objects from the Muslim Mandika and Fula people also make a fascinating part of the collection (acquired in 1969).

The set of objects from East Africa makes a very important and numerous group. Here we find cultural and ethnographic documents from today’s Somalia, Ethiopia and Sudan – for example numerous items from the Nilotic tribes (the Dinka, Shilluk and Nuer people). There are also the remarkable sets of items from the Nubians (collected between 1962 and 1963).

The large part of the collection focuses on the geographical centre of Africa; objects from many ethnic groups are found here, for example: the Pygmy peoples (acquired around 1935); the Kuba, Kongo, Luba, Chokwe, Mangbetu peoples (and their characteristic art and musical instruments); and the Azande people.

The South African collection is also very rich, with Holub's collection forming its valuable core. There are, for example, objects from the remarkable Bushmen (Khoisan): their weapons, decorations, objects of everyday use; and also very rare Son rock art brought by Dr. Emil Holub. The collections also hold objects originating from the Xhosa, Zulu, Basotho, and Tswana people (acquired in the 1880s), the Makonde people from Mozambique, and others.

The collection is very diverse, and not only with regard to ethnicity. It contains weapons from all over Africa (Arab-Berber swords, muskets, and daggers, Ethiopian swords, daggers from Somalia, swords from Kenia, Tanzania, ceremonial axes, throwing knives, splendid swords, bows, arrows, spears, and other objects), ceramics (Kabyle earthenware holds a special place), leather items from North Africa and Nigeria, metal decorations, glass jewellery, extremely valuable items from traditional cultures (objects associated with ancestor worship) – masks, figures and other artistic and religious woodcarved works typical of the whole of Africa.