The sub-collection of non-European ethnography includes a range of objects, from archaeological to modern-day items, from Africa, the Americas, Australia and Oceania. 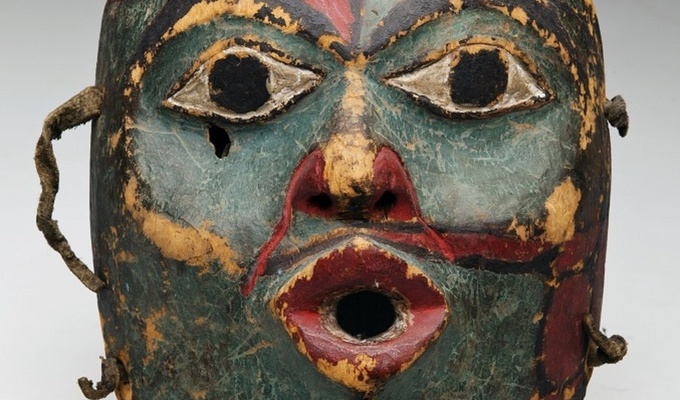 The sub-collection of non-European ethnography holds over 40,000 objects from Africa, America, Australia, Oceania, Siberia and Northern Europe (the Sami people). It has taken shape since the late 18th century, through the collecting activities of missionaries at first, and later travellers, researchers and other experts, and currently also tourists. Some of the most significant donors to the sub-collection of non-European ethnography are Enrique Stanko Vráz, Alberto Vojtěch Frič, Jiří Daneš, Václav Šolc, Václav Stejskal, Josef Kořenský, Bohumír Lindauer, Emil Holub, Martin z Lány, Richard Storch, Bedřich Machulka, Joe Hloucha, Pavel Jáchym Šebesta, Milan Stuchlík, and the museum's founders themselves, Vojta and Josefa Náprstek. The sub-collection is divided geographically according to continent. It contains collections from Africa, North and South America, Australia and Oceania, and also smaller collections from Siberia and Northern Europe (the Sami people). The sub-collection consists of items of an ethnographic character (profane and sacral pieces from various nations and ethnic groups), archaeological and historical artefacts (the creations of past cultures or given historical periods) and works of art, both by local artists and, in several cases, by Czechs connected with a particular non-European region.

The collection includes objects from Africa and ethnographically maps almost the entire continent, representing all areas of human activity, including the arts. The North and South America collection holds items ranging from archaeological material to present-day objects of every-day use and examples of artistry. The North America collection includes all cultural areas in this region. Among the items held in the Australia and Oceania collection, the set gathered by the painter Bohumír Lindauer stands out.