Collection of non-European ethnography – North America and the polar regions

Compared to other Náprstek Museum collections, the collection ‘North America and the polar regions’ is not large, but it is very representative. 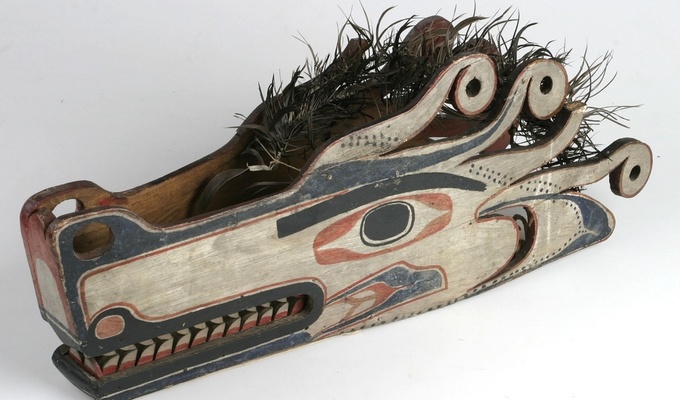 Although the ‘North America and the polar regions’ collection is relatively small compared to the other Náprstek Museum collections, with regard to its content and representative qualities it bears comparison with those of many institutions abroad. All cultural regions of North America are represented here: the Arctic and the Subarctic (the Aleutian Islands, Labrador, Baffin Island, the Nunivak Island), the Northwest Coast (Alaska, British Columbia), California, the Southwest region, the Great Plains and the Eastern Woodland. It was the museum’s founder, Vojta Náprstek himself, living among the Dakota people in 1856, who had the first object from the Native American cultures of North America recorded as a collection item. The collection has pieces from the polar parts of Europe and Asia, namely Siberia. From Europe there is a collection of Sami clothing, decorations and everyday objects, some of them from the collection of the famous traveller and writer Nelly Rasmussen. Siberia is represented by two significant sets – items acquired by František Poledna Vlkovský in the Chukchi Peninsula before the Bolshevik revolution, and a collection illustrating all aspects of the lives of the nomadic shepherds of Tuva, which was gathered in the 1960s by Petr Skalník.