The Journals Department of the National Museum Library has a work area, Study Room and depository in the former summer palace of Royal Hunting Preserve, commonly called "zámeček ve Stromovce" (castle in the Tree Park).

Thank you for your understanding. 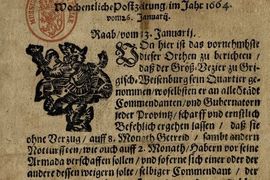 Up until 1992 (except for the span 1939–1944), the Journal Department collected periodicals printed…

The Journals Department of the National Museum Library has a work area, Study Room and depository in the former summer palace of Royal Hunting Preserve, commonly called "zámeček ve Stromovce" (castle in the Tree Park). The castle is one of Prague's unique memorial structures, noteworthy for its architecture, history and placement. The Journal Department, along with its collection of newspapers and magazines moved here in 1946, from the main museum palace on Wenceslas Square.

The depositories contain an almost complete collection of bohemical periodicals, i.e., newspapers, magazines and other publications printed at least twice per year on the territory of Bohemia, Moravia or Silesia.

Up until 1992 (except for the span 1939-1944), the Journal Department collected periodicals printed in Slovakia, and from 1919-1938, the collections also amassed newspapers and magazines printed in Carpathian Ruthenia. Besides unique material, the collection is valuable for its long-running series of Czech and German daily printings of various political leanings. Foreign periodicals found their way into the collections through a variety of means, primarily from European lands, but also some from America.

The collection of newspapers and magazines in the National Museum Library is a living collection; the oldest items are from the latter half of the 17th century, while the newest are from 'today' and this boundary moves every day. The department is the recipient of compulsory prints, where every publisher in the country is required to supply one copy of every publication. The collection grows by around 5000 each year - new editions of newspapers and magazines. The 'small castle' which is home to the Journal Department is no longer capable of housing all this material, so the department has detached depositories in Terezín. 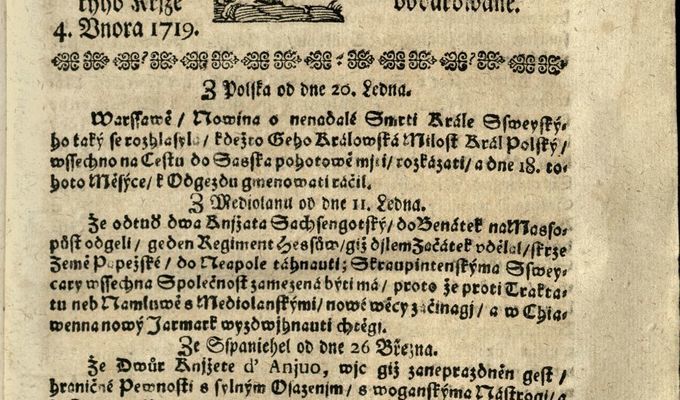