The Asian collections of the National Museum consist of approximately 53,000 pieces, making up about half of the Náprstek Museum collections. 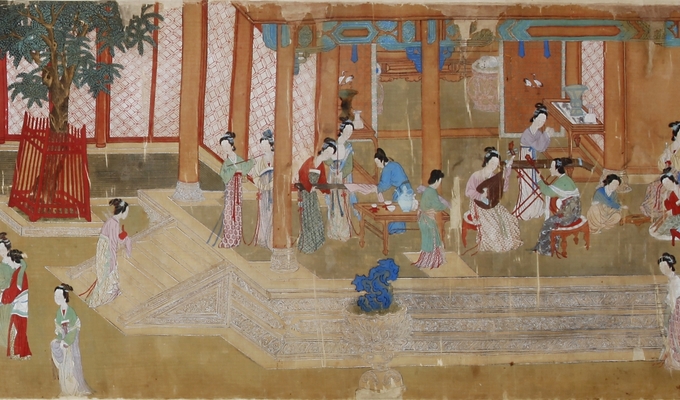 The Asian sub-collection gathers items from Asia, the Islamic Middle East, Central Asia, the Caucasus, India, Southeast Asia, Vietnam, Indonesia, Tibet, China, Mongolia, Korea and Japan. The oldest acquisitions came in the 19th century, mostly from friends of the museum’s founder, Vojta Náprstek. In the late 19th century, there were already large collections from travellers, collectors and experts such as doctors and officials who had the chance to spend some time in Asian countries. In the first half of the 20th century, there were significant additions in the form of private collections of artists and scientists that were greatly interested in Asian cultures. To this day, the sub-collection is being extended with new acquisitions. The Asian sub-collection consists of objects dating from Antiquity to the present day, including not only archaeological and ethnographic material, but also arts and crafts objects such as paintings. The sub-collection is divided by geographic region. The items from the Middle East, Central Asia and the Caucasus were acquired by the Náprstek Museum in the 19th century, most of the remainder coming in the post-war period. These items are in particular arts and crafts objects, weapons, textiles, ceramics and porcelain. The Indian collection contains items from India, Pakistan, Nepal, Bhutan and Sri Lanka. The collection holds valuable works in metal, paintings and sculptures from the 1st millennium CE. The influence of Indian art is reflected in the art of neighbouring Burma and the other countries of Southeast Asia – Thailand, Cambodia, Laos and Indonesia. These countries are represented by a relatively small but characteristic collection of items. Vietnam is represented by the set of anonymous prints collected in the second half of the 20th century. The Náprstek Museum’s Indonesian collection had already begun to form in Vojta Náprstek’s lifetime. It contains samples from tribal cultures and traditional crafts. The items from China date from Antiquity to the present. The majority of them, however, originate in the 18th and 19th centuries. They include mostly arts and crafts objects, weapons, textiles, porcelain and paintings. The Lamaism collection includes mainly religious objects of Northern Buddhism from Tibet, Mongolia and China. The Korean collection is relatively small. It contains primarily textiles, but also samples of traditional pottery and porcelain. The Japanese collection is the largest comprehensive collection in the Náprstek Museum, numbering over 20,000 items, from objects of everyday use to excellent examples of the arts and crafts.